A week or so ago my dad invited me to attend a meal cooked by Hugh Acheson. Acheson teamed up with Seeds of Change to bring awareness to flavors that were becoming extinct to the culinary world. He was going to cook a three course meal for 70 some people with ingredients that were going extinct and no one knew what he was cooking.

We showed up the next day, signed a media release (it was being filmed apparently, I’m sure this stunt didn’t hurt his new cookbook sales either) and got in line. We waited in line with all kinds of different people imagining what we would be eating. While we waited cameras snaked in and out interviewing guests and servers began walking around with mystery ingredient tapas. The servers refused to divulge the secret ingredients. It was maddening.

First up was a Whisker Shooter. It had a ceviche type feel to it, while not being acidic enough to actually be ceviche. We decided the mystery ingredient was Lionfish (are those even endangered?). 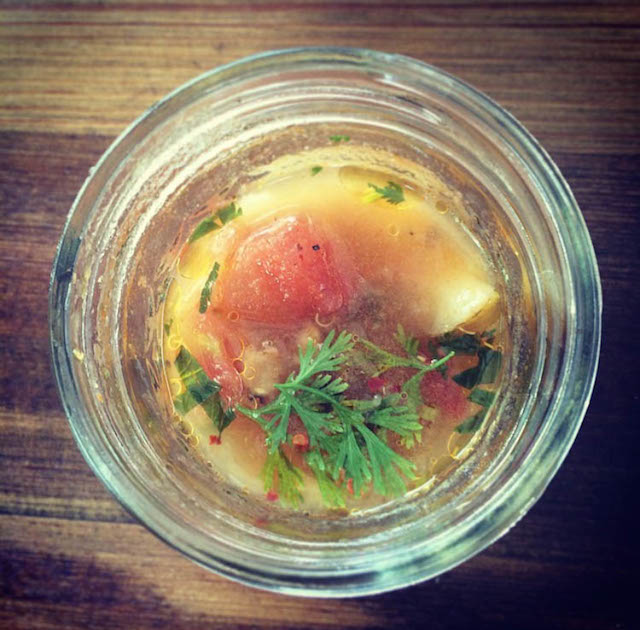 Second was Dangerous Curds. A toasty topped with some kind of cheese business and what looked like a chunky bacon sauce. This might have been my favorite bite from the day, it was delicious. We decided the mystery ingredient was milk from a Namibian Goat (also not endangered – I’m clearly not very good at this game). 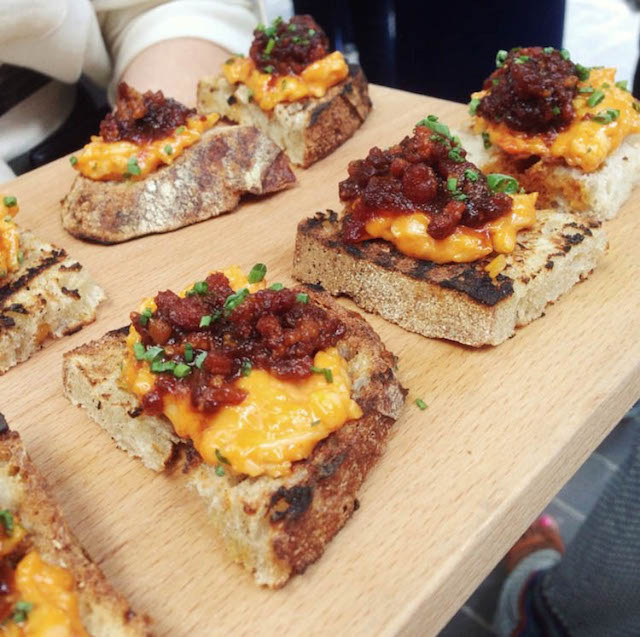 After waiting a little longer and sipping on grapefruit juice they ushered us into the dining room of Empire State South. We found our places and shortly after delightfully playful dishes began finding their way to our tables.

The first course was Thump in the Night. This dish was comprised of a small salad of beets, tomatoes (a strikingly good tomato for this tomato-ambivalent eater), strawberries, and onions and a strip of what was clearly bat. Because bats are endangered and also a common American dish? I’m telling you, I’m awesome at this game. 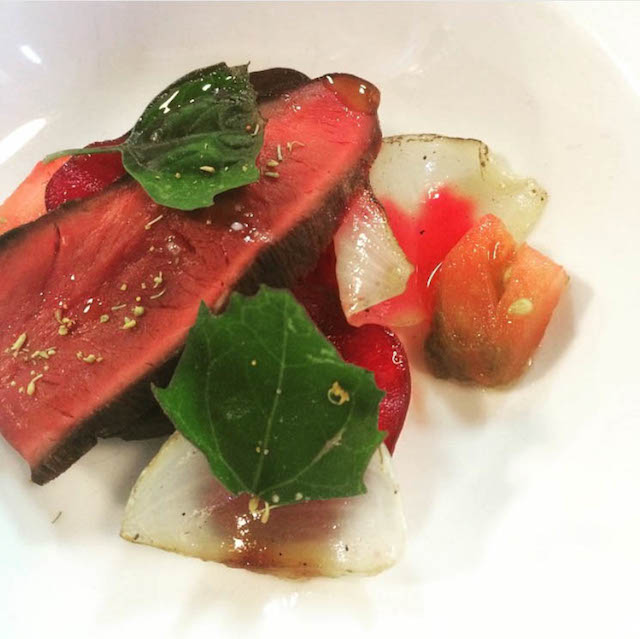 Thump in the Night

Next up we had Fowl Play. It was a terrine looking dish atop of a puree I thought might be rutabaga with lavender flowers and some other flavor I couldn’t quite figure out. It was pretty yummy though. The dish looked like it could have been an organ, I figured of some fowl (can’t get anything past me). 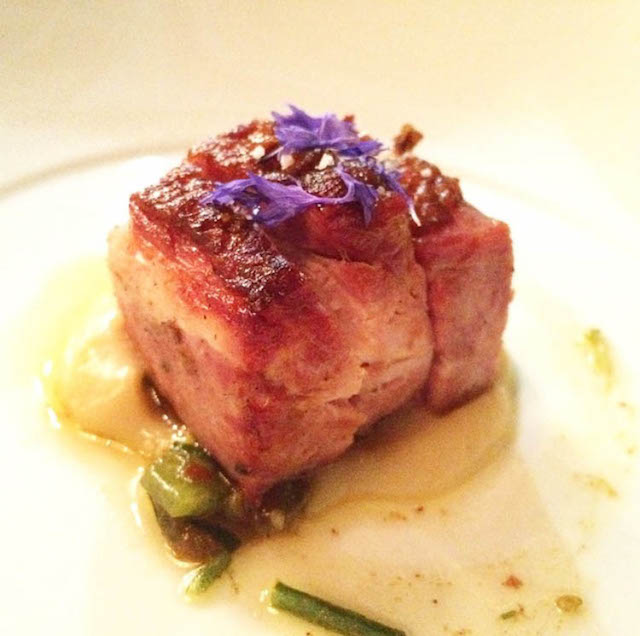 The final course was called Running Scarce. This was probably my favorite dish, the meat was tender and the flavor pronounced. It was kind of acidic with a citrus flavor throughout. It looked like pork tenderloin, so I figured it was either an endangered pig or maybe some kind of rabbit (although I’ll be honest, I don’t think rabbits stand a chance of going extinct, if you know what I mean). It sat atop some barley business with a dried skin of something, also delicious. 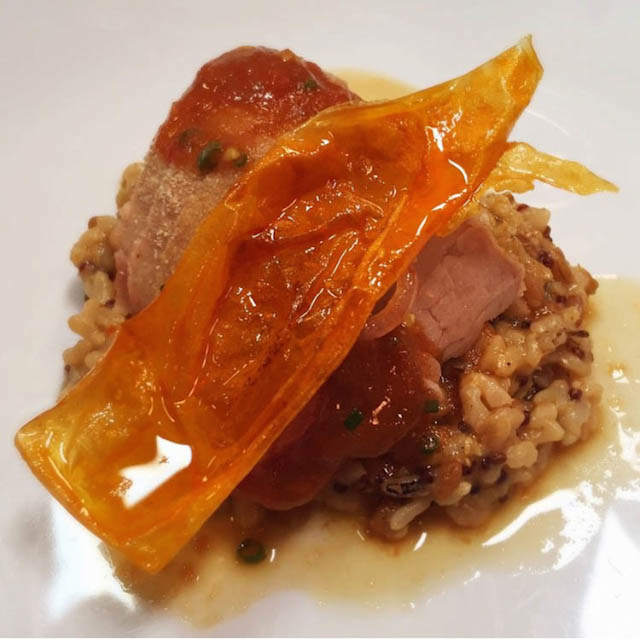 After the meal we waited for the man behind the curtain to appear and reveal the ingredients for the mysterious meal we had just eaten.

Did we really eat Lionfish, Namibian Goat, endangered duck liver, rabbit skin, and bat? Are bats really that delicious?! I needed to know!

The man paused, letting our anticipation build. It was…

The Cherokee Purple Tomato which is endangered and dying out. It turned out that we hadn’t eaten a series of endangered ingredients but just one. However, the threat is real. As we focus on single species of fruits, vegetables, cows, and even tomatoes to supply our food, we put our whole food system at a greater risk of disease and pest problems, not to mention that we’re missing out on all these other great flavors. Seriously, we all need to be eating fewer Heirloom tomatoes and more Purple Cherokees!

After the event they gave away seeds and Seeds of Change is continuing to give away seeds during the month of June. You can get your packet of Cherokee Purple Tomato seeds here.

Here’s what we actually ate:

I’ll be honest. It was the best damn tomato I’ve ever eaten.

Based on the pictures, what were your guesses?