On Father’s Day Joe is king. (He’s king of my world every day, but I do a better job of acting like it on days like Father’s Day and his Birthday). We started the day off with his favorite breakfast — French Toast. And since I was missing Paris, I decided to stuff it with our favorite crepe ingredients – Nutella and bananas. If you like Nutella at all, or chocolate, or french toast, or breakfast, then you will love this recipe of Nutella and Banana Stuffed French Toast. 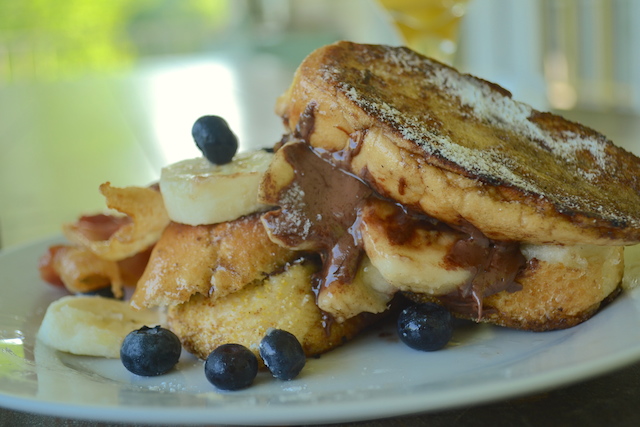 I’ve never made stuffed french toast before, mostly because I hate french toast. But when I was looking at different ways of doing it, all I could find was recipes that suggested you bake it. While I want to celebrate Joe well, I didn’t want an overly complicated recipe when I was still working on my first cup of coffee. I did find one recipe that gave me permission to make it into a sandwich, dip it in the milk mixture and fry it – so I went with that.

Also, I’ve seen lots of recipes use heavy cream instead of milk. I’ve never done that, but it sounds yummy, so if you’ve got some lying around the house, you may want to try it. 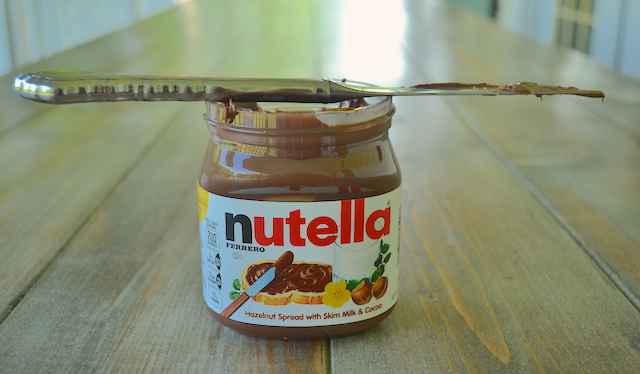 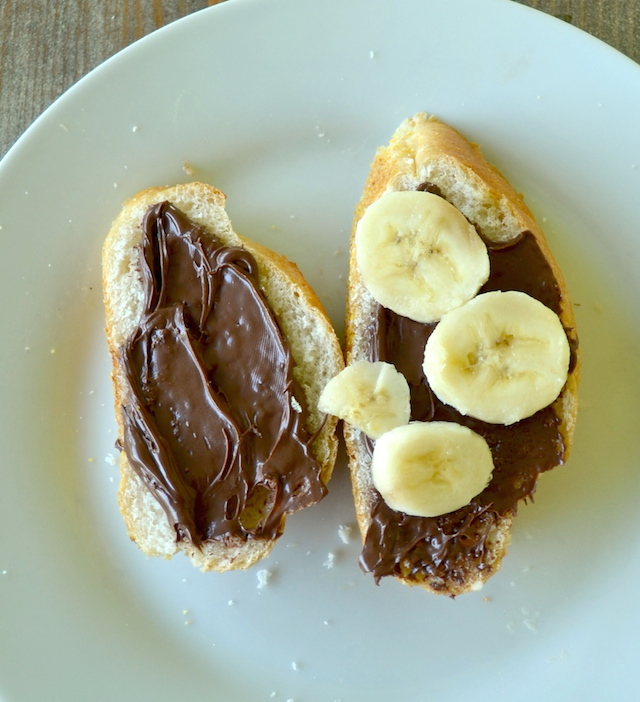 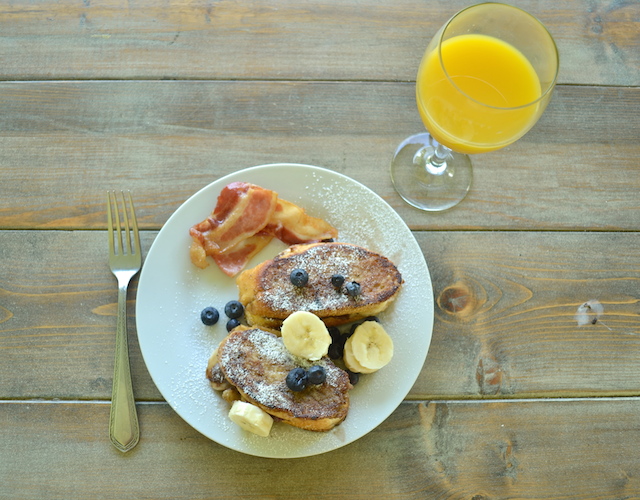 Serve with: Bacon (cause bacon always)

Drink with: coffee and orange juice (no surprise here)