How do you find good french bread in Paris when you’re surrounded by so many options, on every street corner. Any neighborhood in American probably has one bakery nearby. In Paris, bakery’s are like Starbucks — they’re on every street corner. My husband and I did some taste testing and we’re happy to report the best one in Saint Germain.

The Beach, the Library and French Bread

When I was a kid, every Saturday morning my dad would take us to the beach. Everyone and last year’s baby would pile into the car (the latest edition would stay home with mom). We’d make sand castles, play in the surf and bury each other in the sand. When we were done, we’d go to the library and read books. In the car we’d play the rhyming game – Daddy says beach and Talia says…and I would have to come up with a rhyming word. And then after the library, on the way home, we’d stop by a little bakery he knew and get a loaf of french bread to eat. Every Saturday: beach, library, rhyming game, french bread. And we loved the french bread, it was and always has been revered in the Barnes household.

The Best Boulangerie in Saint Germain

When we arrived at our flat in Paris, obviously the first thing we needed to do was find the best french bread in our neighborhood. We tried a few different boulangeries, but they were all bland, chewy and kind of stale in the mouth. It took a few days, but we found it—Gérard Mulot.

Here’s what I like about Gérard’s bread, it’s crusty on the outside, soft and fluffy on the inside. Gérard’s isn’t sourdough bread, but it has a bit of a tang to it. It’s fresh and if you get there at just the right time, you can even get a warm baguette. I don’t really know what more you can ask for when it comes to french bread. 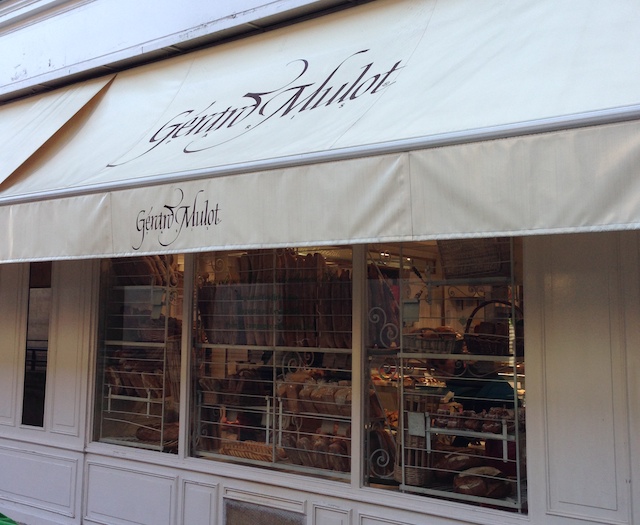 Every evening at around 6:30 we get in line for our baguette rustique and I do my daddy proud. And on Saturday morning’s we started our own tradition—croissants. Mars and I stroll down for pain au chocolat (although Mars is only allowed to have a croissant au beurre, much to his chagrin). 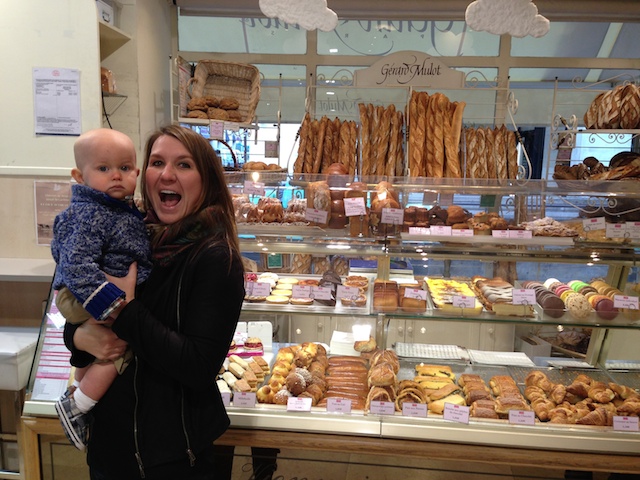 (Obviously Marston hasn’t had his coffee yet — I’M KIDDING! Obviously I would never give him coffee till he’s at least two.)

Now that we’re ruined for french bread in America, we’re starting to contemplate what to do when we get home. Instead of a two minute walk down the street for the best french bread of your life we have to drive 15 minutes to Publix for a mediocre baguette. I’m starting to think maybe the best option is if Gérard and I become BFF and he opens up a shop in Atlanta.

What’s your favorite french bread? Where do we go to get the best in the US?