A couple of weeks ago Joe and I went to  The Optimist. Joe ordered the kale salad with chorizo. It was so delicious that I’ve been dreaming of my own version ever since. If you’re going to have a charcuterie and cheese plate, you might as well throw in some kale and call it healthy. Also leeks, come on! This thing is teeming with vegetables! 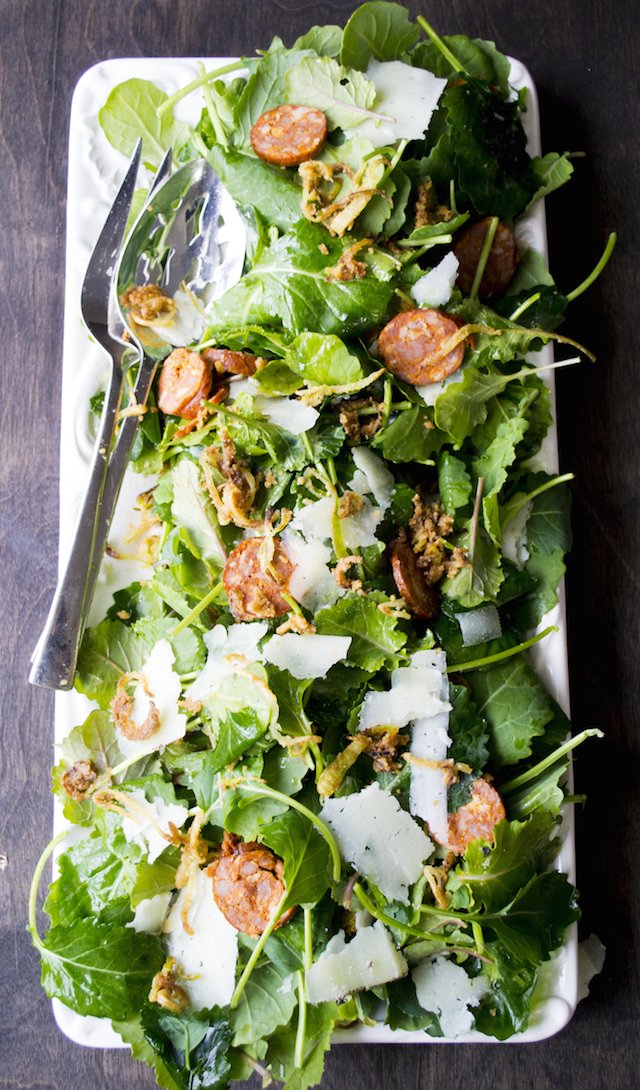 To Note about Baby Kale Salad with Chorizo, Manchego and Crispy Leeks

There are different varieties of chorizo. When selecting a sausage, make sure you choose a Spanish chorizo that is dry aged, preferably without nitrates. It should be firm and not soft. If you get a Mexican chorizo (like for jambalaya) it will taste like a fancy hot dog salad (which maybe you like, you do you).

Make sure to buy baby kale and not regular kale. Regular kale will not work with this salad.

I fried the leeks twelve different ways trying to find the method that worked best. The method I landed on was messy and they didn’t come out the prettiest, but they tasted delicious. If you come up with a different way that tastes good and isn’t messy, let me know!

In addition, make sure you use a large skillet when frying the leeks. I used a small one and ended up having to rinse it out and reheat the pan after every batch because of the flour cooking in the pan.

If some of the leeks burn, throw them out. They aren’t worth salvaging and the bitterness will ruin the salad (I speak from experience). 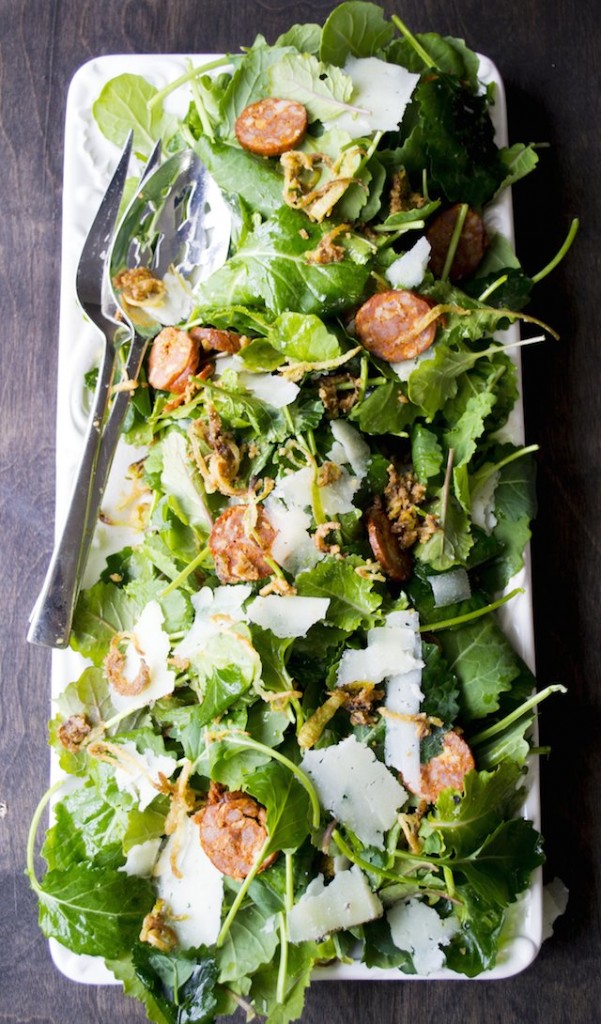