Have you seen the big beautifully plump marshmallows in Williams Sonoma? They’re so pretty and festive. And they were the first clue that marshmallows didn’t have to taste sickeningly sweet. Even as a kid, they were too sweet. 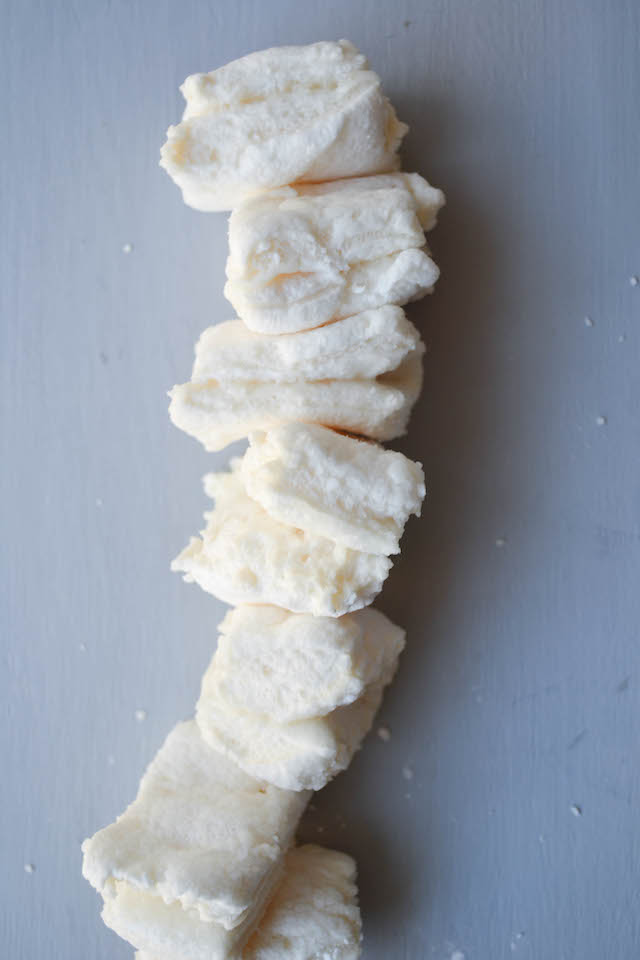 do you know how hard it is to take an interesting picture of a marshmallow?

The possibilities with these homemade marshmallows are endless too. Aside from your traditional uses of s’mores and hot chocolate there’s pies, ice cream, tarts, cookies, bars, cereals (or at least that’s what my kid wanted in his cereal this morning for breakfast. Sure Mars, let me get you a big bowl of sugar and milk, that’s a great idea).

My Notes on How to Make Homemade Marshmallows

When I’m learning to make a new food (i.e. marshmallows) I usually research the common way to do it and then I make adjustments as I go to suit my tastes. So with homemade marshmallows you need to make a sugar mixture, an egg mixture and a gelatin. The order with which you do it and the amount for each, along with the flavors (bourbon and vanilla) is what makes my recipe unique. 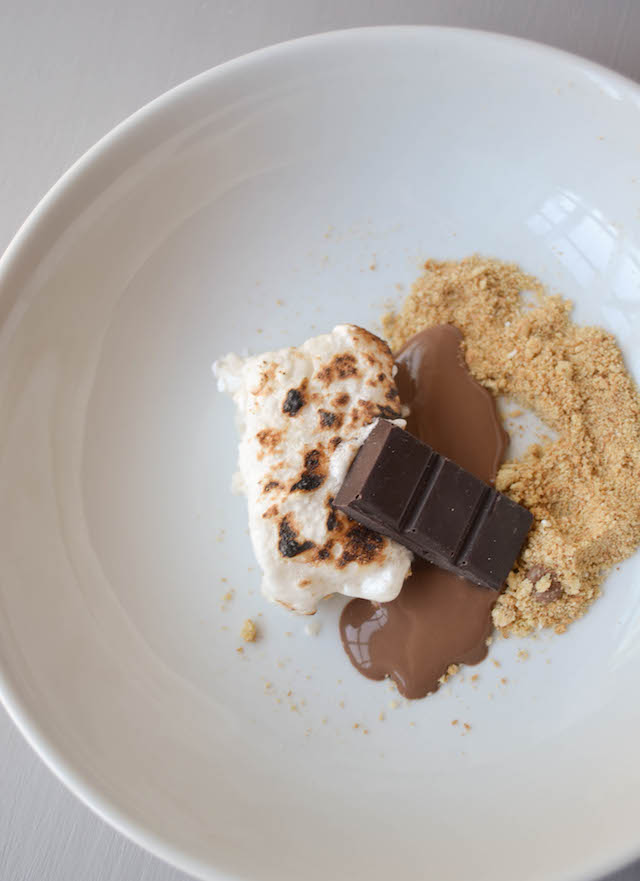 If your marshmallows come out wet on the bottom then you probably didn’t beat the egg whites until they were cooled (I did this the first time). Just flip them over, pat them dry and allow them to dry a few more hours.

If you want different shaped marshmallows you can spoon out round dollops onto a cookie sheet, you can spread them on a jelly roll pan and they will be thin. Or my personal favorite, use a cookie cutter. (In December I make snowflake marshmallows, I NEED hot chocolate with peppermint marshmallows. And if you’re honest with yourself, you do too.) 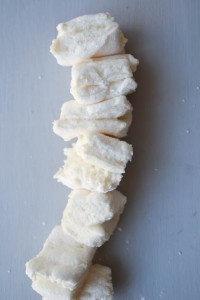