Yesterday we talked about why you should not go out to eat on Valentine’s Day. In case you were getting all sneaky and thinking, okay, I’ll just go out for brunch, DON’T BE DOING THAT. My favorite thing in the world is to go out to eat and experience someone else’s imagination in the form of food. But when it comes to V-day, just wait an extra week. Let the chaos calm down and return to your favorite restaurant when they are not swarmed with patrons who haven’t gone out to eat since last Valentine’s Day.

Valentine’s Day should be leisurely and enjoyed, not rushed and stressful. So wake up early and make her/him  breakfast in bed.  These delicious Mexican Beignets with Chocolate Dipping Sauce will change your life, or at least your morning. 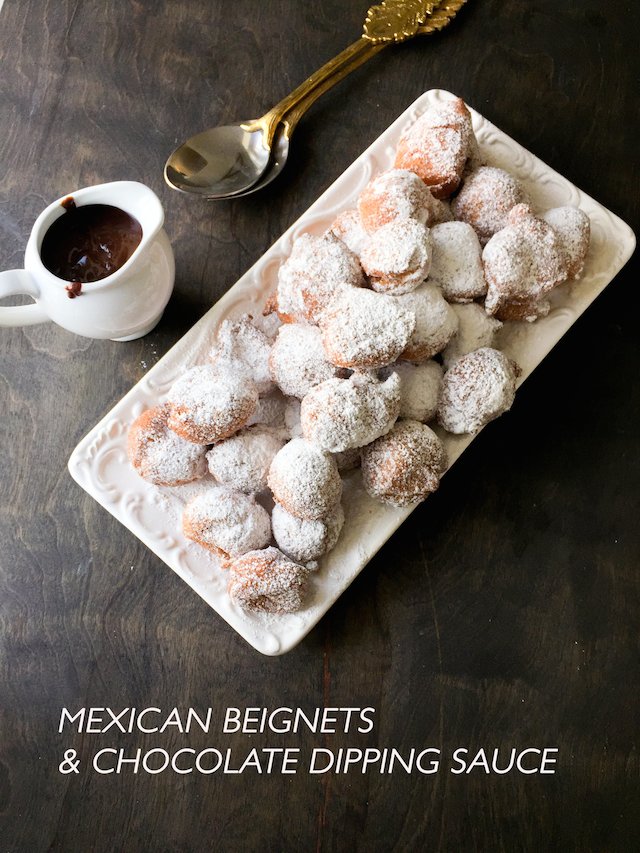 My Notes on Mexican Beignets with a Chocolate Dipping Sauce

My beignet recipe was adapted from a recipe I found on Food and Wine.

The only thing that makes this recipe Mexican is the inclusion of cinnamon. But I like the mashup of two different flavors. The night before I first made this I was trying out Sean Brock’s new restaurant, Minero and we had his churros with Mexican chocolate sauce for dessert. The next morning I wanted Krispy Kreme but I didn’t want to drive, and thus, these Mexican beignets with chocolate dipping sauce were born. 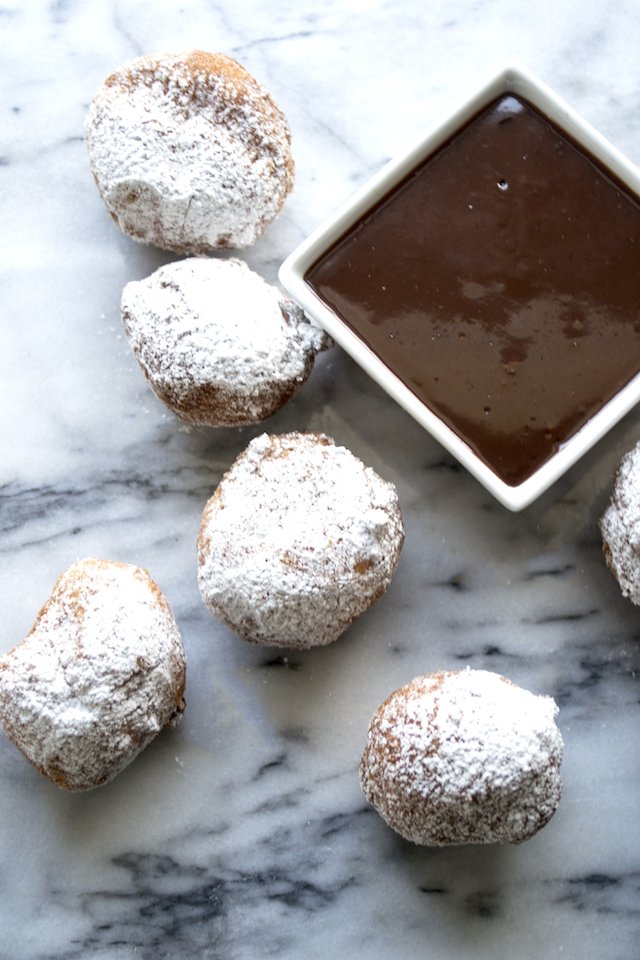 5.0 from 1 reviews
Mexican Beignets with a Chocolate Dipping Sauce