My mom loves soup. And I’m pretty sure she made it once a week when we were growing up, even in the summer. I’m not so crazy about hot soups in the summer, but this refreshing take on Tom Kha Gai (Chicken Coconut Soup) makes you feel like you’re back on the streets of Bangkok (it’s always summer there). And you also don’t feel like you just left a sauna when you’re finished. 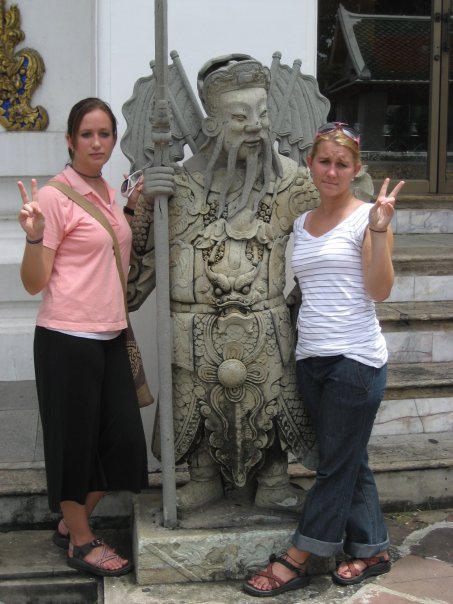 Picture from the last time I was in Thailand

In 2007 when I trekked around the world, I went to Thailand. When we landed my friend and I went to investigate the streets. The first thing I saw was an elephant walking down the street and a local vendor selling barbecued beetles, grubs and tarantulas. We didn’t ride the elephant, but we did try a BBQed beetle. It was crunchy.

I try to stay away from beetles, but definitely not the flavors I encountered in Thailand.

This is one of my most favorite soups to make always. I love the depth of flavor it has. 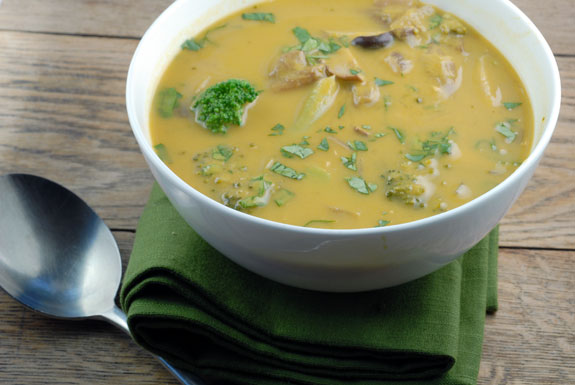 This soup is best when it’s cooled down a little (not piping hot) and can even be eaten at room temperature. I adapted this recipe from the original one from Cooks Illustrated.

Drink with: Monday Night Brewing Fu Manbrew It’s ginger undertones pair nicely with this Asian soup and you can’t beat a cold beer in the summer.